Here you'll find our CURRENT INVENTORY of vehicles that are ready to be sold, unless marked otherwise. 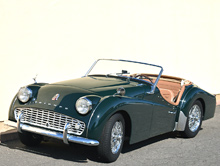 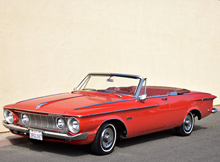 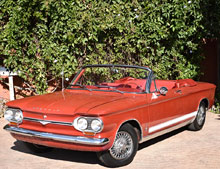 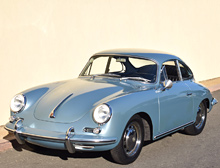 Bahama Blue over bone. A wonderful California survivor, sympathetically restored a decade ago, with 1600cc dual port, dual carburetor engine that makes it a dream to drive. More

Quadruple black. Built in 11/71, it's one of the earliest US R107 Roadsters built. Euro headlights and Euro-style bumpers. Pure and minimalist with steel wheels and manual windows. The next best thing to a Pagoda. More

Originally Turkismetallic (code 063), now black, over bone, this California tii has just been woken up from a 16-year hibernation. It runs, drives, and looks presentable, but deserves a sympathetic restoration in its original livery. More 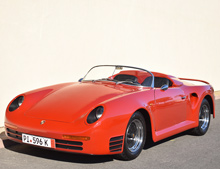 Indian Red over black. Special Construction California car, built in 2009. Smog exempt and only 11,499 miles from new. Flawless throughout, needing nothing. More